“Through our competitive peer review process, these three studies stood out as extremely promising opportunities to improve and even save lives,” said Dr. Carolyn M. Mazure, director of WHRY. “With these new grants, we continue to expand a broad scope of existing work to focus on questions vital to the health and well-being of millions of women, men, and children.”

The studies seek answers to such question as: Can a better understanding of the colon’s digestive chemistry uncover early signs and sex-specific causes of colon cancer to aid in prevention and treatment of this disease? Can an affordable, rapid, noninvasive, and potentially self-administered test available to pregnant women prevent the spread of viral infections and preterm births? Can a mobile phone app featuring an interactive character-based story help break the transgenerational cycle of intimate partner violence?

“When it comes to biology and behavior, women and men are not identical,” Mazure said. “For the 20th year, WHRY is sparking innovation with studies designed to develop the best practices for detecting and treating diseases and conditions that may affect women and men differently.”

Women have a lower rate of colon cancer than men but higher rates of right-sided colon cancer, which affects the part of the colon nearer to the small intestine and is generally associated with worse outcomes than cancer of the left side, which is closer to the rectum.

Caroline Helen Johnson, assistant professor of epidemiology, received this year’s Wendy U. and Thomas C. Naratil Pioneer Award for research on the verge of a significant breakthrough and co-funding from the Yale Cancer Center to explore hormones and environmental factors related to metabolite production (such as sugars and amino acids) and beneficial bacteria that live in the colon as possible sources of this gender difference.

In the United States, colon and rectal cancer are together the number three cause of cancer death for women and the number two cause for men. This year, more than 50,000 people are expected to die of the disease.

“Colon cancer is the second most common cancer diagnosed among women worldwide,” Johnson said. “This work will benefit all women, particularly black women, who are at higher risk for colon cancer compared with other races or ethnic groups.”

Bacteria in the colon produce organic molecules that help the body absorb cholesterol and fat-soluble vitamins. But in high concentrations, they can promote a toxic imbalance that leads to cancer.

The hormone estradiol regulates bile production and is thought to protect against colon cancer, as premenopausal women have higher levels of estradiol and lower levels of cholesterol than men of the same age. After menopause, cholesterol levels increase and exceed levels seen in similarly aged men while hormone therapy can provide a protective effect for women against the development of colon cancer.

“It is clear that we need a greater understanding of the way hormones, cholesterol, and the metabolic action of bacteria in the colon react to form colon cancer differently in women and men,” Johnson said.

Using metabolomics, state-of-the-art techniques to analyze the chemical fingerprints of the metabolic process used by bacteria in stored colon tissue of cancer patients, Johnson’s team will assess the relationship between the products of this process and the side of colon cancer they may lead to. The researchers expect to find that women have a greater propensity for right-side colon cancer because of decreased estradiol following menopause.

Johnson said the study could reveal potential markers of colon cancer that could aid in early diagnosis and treatment. In addition, she anticipates the work will lead to targeted investigations of diet, the composition of beneficial bacteria in what’s known as the body’s microbiome, and lifestyle to determine causes of colon cancer and dietary recommendations that can help prevent the disease.

Michelle Silasi, M.D., assistant professor of obstetrics, gynecology, and reproductive sciences, will test the effectiveness of a new technique to screen for viral exposure during pregnancy that can identify women at risk for serious complications and allow for interventions to improve pregnancy outcomes. 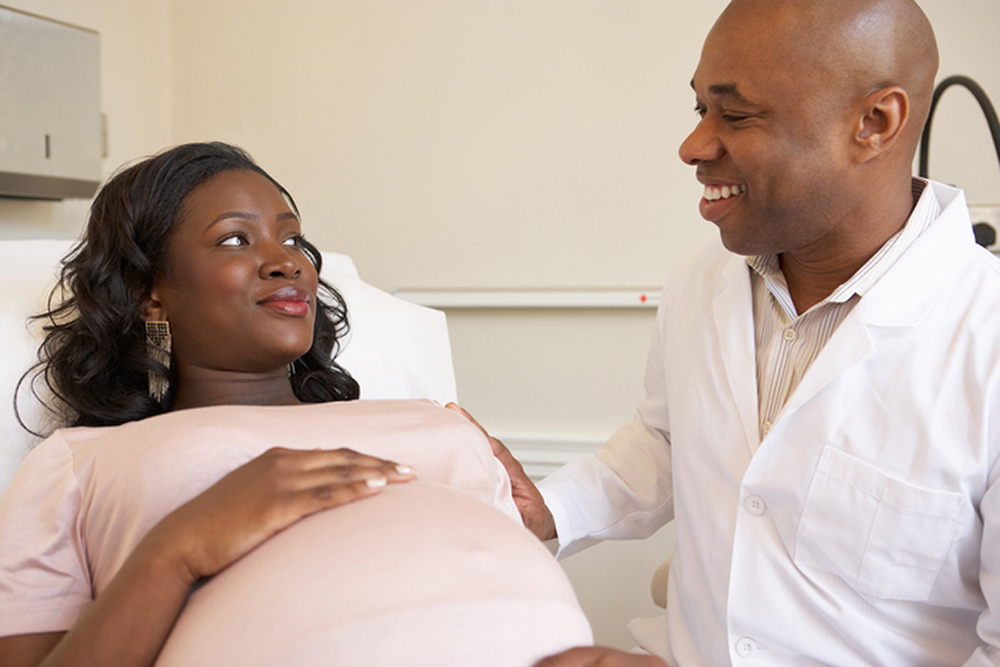 “As we’ve seen with the recent outbreak of the Zika virus, viral infections during pregnancy pose serious threats to both the mother and the developing fetus, which can quickly become a major public health crisis,” Silasi said. “But there is currently no effective, noninvasive, affordable method to test for such exposures.”

Inflammation signals an infection and can be measured by an increase of a type of protein called interferon-gamma induced protein of 10kDa, or IP-10. Silasi’s team will compare levels of IP-10 in stored samples of blood serum and swabbed vaginal secretions that had been collected during a prenatal visit early in the second trimester of black women who went on to deliver uncomplicated full-term pregnancies. Black women are an understudied and therefore underserved population, note the researchers.

If the researchers discover that the levels are the same in the serum and vaginal secretions, healthcare providers could eliminate the need to draw blood from patients to test for exposure, Silasi said. Instead, patients could simply swab their own secretions for screening at each prenatal visit.

A second goal of the study will involve comparing the levels of IP-10 in vaginal secretions collected in the early second trimester from both women who went on to deliver at full term (between 39 weeks and 40 weeks and 6 days) and from women who delivered prematurely before 35 weeks.

Elevated IP-10 levels in amniotic fluid during mid-trimester have been associated with preterm birth, but measurements require amniocentesis, an invasive procedure that carries a risk of miscarriage. In addition, high IP-10 levels in the serum of pregnant women have been associated with premature birth. But testing requires some suspicion of infection, and women might not show symptoms.

“In other cases, women might show symptoms, but collecting samples can be time-consuming and costly, while not revealing disease-specific results,” Silasi said. “We are hopeful that by demonstrating the value of more easily obtained vaginal secretions in detecting exposure to viruses, our study can lead to the adoption of a rapid, effective, specific, inexpensive, and noninvasive tool so we can better care for mothers and their fetuses.”

More than 40% of mothers in the United States experience some form of intimate partner violence (IPV), affecting 15 million children and adolescents. 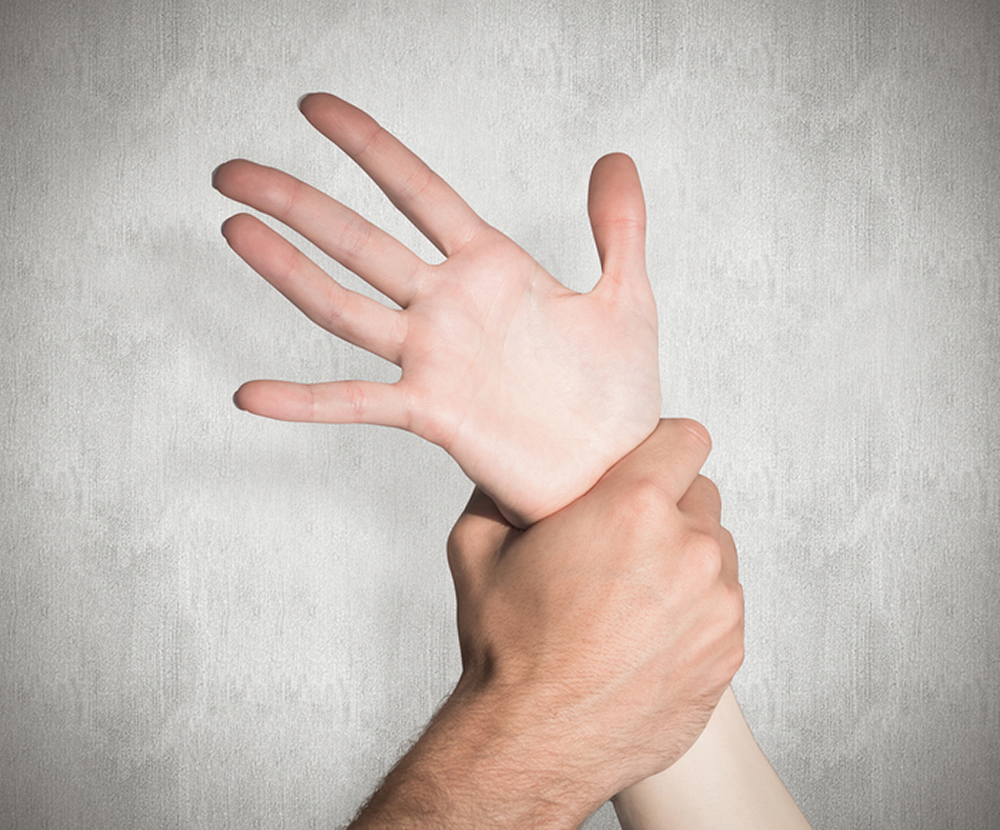 Both victims of abuse and their children who witness it can suffer worse physical and mental health, increase high-risk behaviors such as substance abuse, and have a greater vulnerability to intimate partner violence in the future.

Trace Kershaw, professor of social and behavior sciences, will develop a data-driven behavioral intervention using a mobile app designed to improve decision-making for mothers and daughters exposed to violence in the home and reduce high-risk behaviors and future intimate partner violence.

“Female adolescents affected by violence in their homes are vulnerable to unwittingly accepting a negative cycle that can have widespread influence on the health and well-being of women across generations,” Kershaw said. “It is essential to end this cycle and create a healthy and safe space for mothers and their daughters.”

Kershaw and his doctoral student Tiara Willie will develop the first family-based intimate partner violence intervention using interactive graphic novellas — a video game in which participants can choose a character like themselves and make behavioral choices that lead to positive or negative consequences.

“This approach recognizes that IPV does not occur in isolation, that parent-child relationships are key to overcoming obstacles, and that technology easily disseminates the intervention, increasing its overall impact and reach for families,” Willie said.

Research has shown that graphic novellas make it easier for people to grasp complex health messages and that interactivity helps personalize the experience and improve the participants’ comfort and understanding of how to make healthier choices, Kershaw said, adding that putting the intervention on a smartphone greatly increases its impact and reach.

In New Haven, more than 85% of the target audience of low-income adolescents, emerging adults, and young parents have access to a smartphone.

The researchers will test the usability of the app with five pairs of mothers and daughters before testing acceptability, feasibility, and satisfaction with 15 mother-daughter pairs over eight weeks.

Since its inception, WHRY has awarded $4.9 million in annual seed grants that have gone on to generate more than $85 million in external funding.