The current cultural and political uproar over bathroom access for trans individuals turned into a complex design challenge for Yale Professor of Architecture Joel Sanders. His design firm in New York City began developing prototypes in 2015 for all-gender and all-inclusive public bathrooms that seek to accommodate people regardless of age, gender, race, religion and disability. Last year he began looking for collaborators from the Yale School of Public Health to expand the interdisciplinary expertise of his team which already included an attorney and a trans historian.

Antonia Caba, now a second-year MPH student in the Department of Social and Behavioral Sciences, was the perfect fit. She had already looked at how trans individuals choose which public bathroom to use as part of Assistant Professor Danya Keene’s qualitative research methods class.

“When trans students’ identies are not aligned with the binary bathroom choices of male or female, we found that they expend intense mental energy to make these decisions as to where to try to fit in,” said Antonia.

For her MPH internship last summer, Antonia dug deeper into questions about how environmental designs affect health and well-being. Continuing her work with the Sanders’ team on the “Stalled!” project, she began an evaluation of how college students feel about existing prototypes. Her mixed methods study to date has included nearly 200 students from diverse networks across Yale.

“In the body of public health work on the built environment, we so often treat the built environment as static. It is often just about access,” said Antonia. “This study goes further by asking what features make it a safe and affirming place. It considers what it means for space to shape health.” 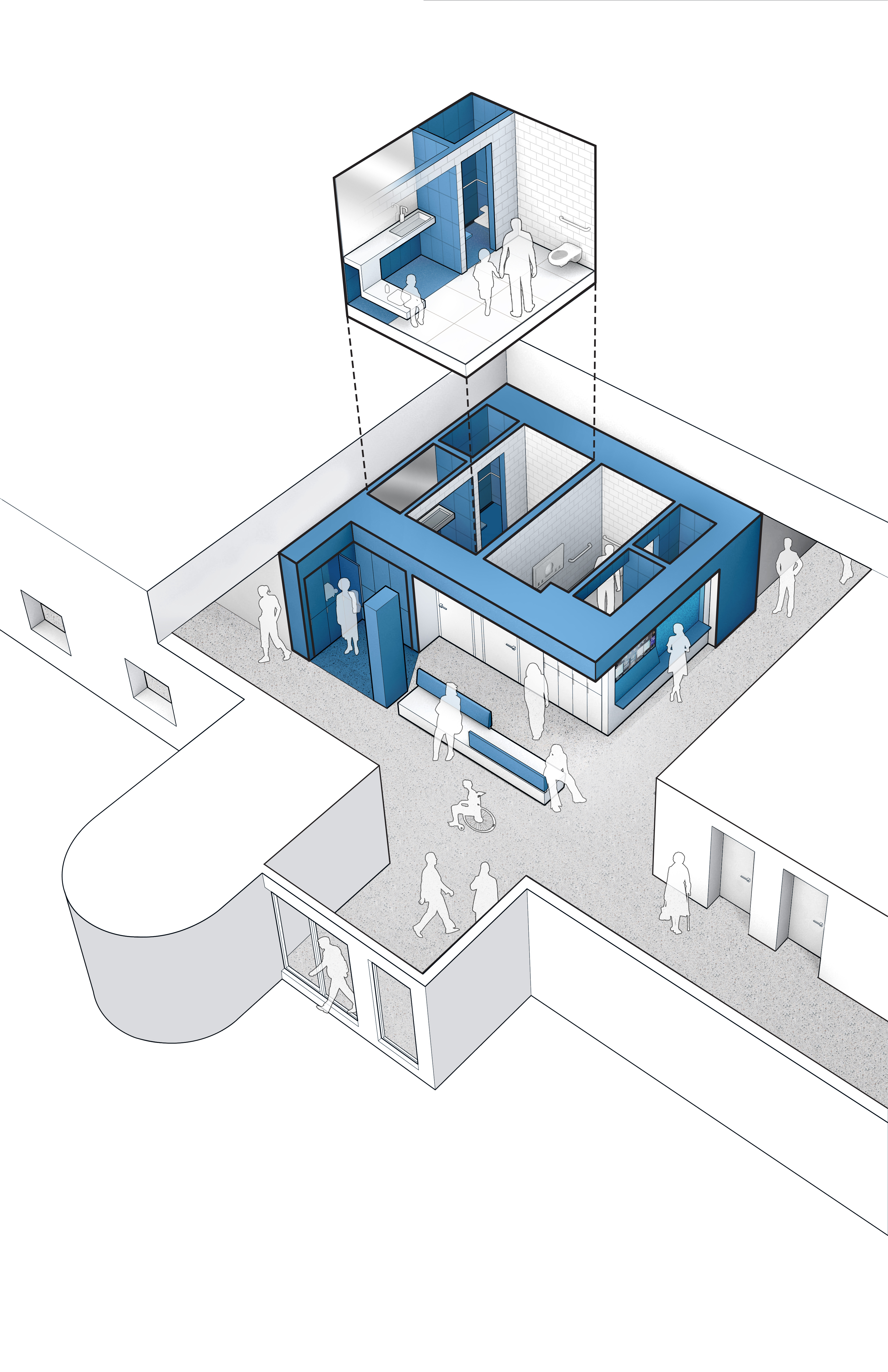 An inclusive all-gender bathroom as conceived by Sanders’ Stalled! project feature specific zones for grooming, washing and elimination, while creating stall privacy with walls that reach from the floor to the ceiling, all within a safe, open area. A prototype was built at a field house at Gallaudet University. An airport design includes ADA accessible stalls, sinks at multiple heights, full-length mirrors, changing tables and a place to administer medications, a private space for ablutions and prayer, and a lounge area with plants and fountains to clean the air and provide background noise that masks any sounds has been designed even without a client ready to build.

Preliminary analysis of Antonia’s data revealed some surprises. In her qualitative interviews, she found that trans and non-binary students didn’t have strong preferences for the innovative architectural features. “They just want access to gender-affirming space,” she said. Cisgender students, however, generally expressed concerns about privacy.

“Antonia’s summer research brought a new perspective to the Stalled! project,” said Sanders. “Our previous work drew from the humanities (gender and disability studies) to advocate for inclusive restrooms as a social justice issue. By looking at restrooms though the lens public health, Antonia persuasively demonstrated that bathroom access also impacts physical and mental health.”

Antonia’s work on Stalled! is slated to be included as a chapter in a forthcoming publication by Sanders and will inform future designs. The prototypes are available online so that communities and organizations can access economical plans for retrofitting facilities or new construction and learn more about best practices.